Functional enough for short air taxi flights that allow you to skip ground travel, and equally refined and powerful enough to fly for several hours without fuel stops, the Beechcraft Bonanza G36 sits at the top of the high-performance piston aircraft category.

The single-engine piston offers a maximum range of 920 nautical miles and seats up to five passengers. For travelers who want to leave the car behind and arrive at their destination faster, the Bonanza delivers: The aircraft, which flies at a top speed of 200 mph, cuts a five-hour road trip from Boston to New York down to an hour and a half or less.

And for those eager to avoid the lines and crowds of larger airports, the Bonanza can quickly transport you to a smaller airport where you can board your commercial flight without the added hassle of connecting flights and transfers. Travelers with longer flight times will also enjoy the Bonanza’s performance and comfort features designed to enhance the passenger experience.

Production of the Bonanza began in 1947 in Wichita, Kansas, where it continues today. Its longevity has earned the Bonanza a unique title in American aviation: the longest-running production airplane in U.S. history.

Still, the Bonanza has evolved to keep up with – and even exceed – the demands of a new generation of air travel. The aircraft began as the Beechcraft Aircraft Corporation’s Model 35 Bonanza, an aircraft inspired by the speed and capabilities of fighter aircraft flown during World War II.

Its signature V-tail design made it a standout in postwar aviation, and as Beechcraft engineers continued to improve the aircraft’s performance, its popularity increased. In 1970, the Bonanza A36 propelled the aircraft into its iconic status, with production of the variant continuing through 2005.

Nearly a century after its first flight, more than 18,000 Bonanzas have been built, including the latest G36 model, which underwent technology upgrades in 2019.

The Bonanza G36 is recognized in general aviation as an aircraft designed with craftsmanship at the forefront. That attention to detail comes to life in the spacious Beechcraft Bonanza interior, where modern touches and comfort features invite you to enjoy your flight, no matter the duration.

The Bonanza features four seats with armrests in a club-seating configuration, each offering expansive window views and plenty of natural light. When it’s time to enjoy a meal or power up the laptop, passengers can utilize the Bonanzas executive tables, which easily pull out from the aircraft’s sidewall. Accent lighting also illuminates the cabin, and other amenities like cup holders, headset plugs and USB charging ports add to its comfort-driven ambiance. And for those traveling in warmer climates, the Bonanza G36 features standard air conditioning, a feature not commonly found in piston-engine aircraft.

In the aft cabin area is a 10 cubic-foot baggage compartment easily accessible through the Bonanza’s wide-opening double cargo doors, and ready to accommodate large luggage and extras such as golf bags and skis. For larger items and more surface space to load the Bonanza, the rear cabin seats are also removable, allowing passengers to add approximately 400 more pounds of cargo on board.

As an enduring high-performance, single-engine piston, the Beechcraft Bonanza has consistently delivered on speed, range and power for more than half a century. Newer models of the Bonanza G36 flying today are powered by a 300-horsepower Continental Aerospace Technologies IO-550B, a proven engine in the high-performance piston segment.

The G36 features a maximum range of 497 miles, allowing it to take on a wide range of missions, including those in short, unimproved airstrips.

In the cockpit, the Bonanza G36 features top-of-the-line avionics that enhance the generous handling features of the aircraft. The flight deck is equipped with Garmin Aviation’s G1000 system, which includes autopilot and added flight management features that help pilots maintain appropriate airspeeds and pitch. 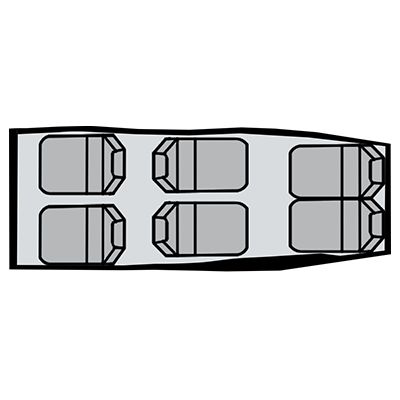 Whether you’re heading to meet new clients or your next vacation, the Beechcraft Bonanza is one of many planes we offer, and is a dependable option if you’re seeking economic efficiency without compromising comfort and convenience.

CALL US 1- 877-2-LINEAR
The commercial options for 4 people and trade show luggage from Long Beach to San Luis Obispo... lordy... This made it an incredible no-brainer, as Linear Air actually came in *cheaper* than the commercial options. We would have had to stay an extra night, then either get up to LAX for a late afternoon direct flight, or down to SNA for an early morning connection through PHX. 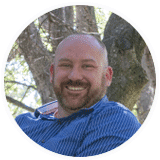